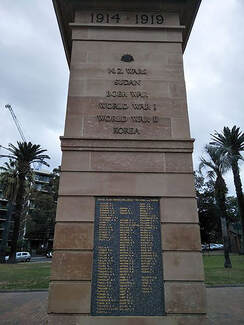 Synopsis:
Since the publication of Norman Bartlett’s book, Australia at Arms,1 followed twenty-five years later by his more definitive paper 2 outlining Australian participation in the New Zealand Wars, little new history on this matter has been published. During the thirty years that I have been involved in the research of Australians and the New Zealand Wars, academic interest has not generally focused on improving the research opportunity or finding publishers for the story. Until very recent times, the subject has been either neglected, or rejected as a serious Australian military event, with the dismissive comment that Australians who enlisted to fight in New Zealand were ‘mercenaries’. Another criticism suggests the volunteers were not really ‘Australians’ but British colonials living in the various colonies that constituted Australasia at that time. Bartlett, who pioneered the research, considered both criticisms to be spurious, and the present evidence supports the rejection of both comments.
During the period Australians were involved in the New Zealand Wars, an estimated 10,000,
Imperial soldiers, New Zealand Militia, Australian Military Settlers and civilian settlers, including women and children of both races, were killed, wounded or maimed for life. Hundreds of settlers in the North Island lost their homes, livelihoods, property, livestock and crops, while their villages were reduced to ashes and their social infrastructure destroyed. The effects of the war impacted severely on Maori de-population, tribal commercial enterprises, village life, and Maori culture as their land and property was laid waste by the Imperial and Colonial army, not to mention their systematic killing, maiming and burning. The final degrading of Maori life was driven home with the enactment by the Government of the confiscation of Maori lands. There are many memorials to Australia’s war dead; among them are two permanent reminders to the Australian participation in the New Zealand Wars. The entrance to the Anglesey Barracks in Hobart is dominated by a tall memorial column to the members of the 99th Regiment which sailed from Hobart to take part in the First New Zealand War (1845-1847). On their discharge after the war, the Tasmania veterans of the 99th Regiment who finally settled in Hobart regularly met at the Anglesey Barracks memorial for their annual commemorative service and reunion. The second memorial is more directly significant to this study and it is frequently the cause of curious questions raised by visitors. It stands in a foremost site, dominating its pleasant garden surroundings, designed as a memorial triumphal arch in the centre of Sydney’s Burwood public park. The stone arch has chiselled on its exterior the countries where Australians have fought – for Empire to Peace Keeping. At the top of the list is the inscription ‘The New Zealand Wars’. The reference no doubt is a recollection within the Burwood historical memory of those young men who, in the mid-nineteenth century, sailed from the district and died or returned from their service for the Empire and the New Zealand Wars
.
Publishing Date: April 2022
Price*: AUD $68.00
Size: 184mm x 240mm
Extent: 324 Pages
Illustrations: Photos - 60 B/W, and 6 Maps
Binding: Cased & Dust Jacketed
ISBN: 978-1-87742-739-8
BOOK REVIEW
Ken Stead
For years, Frank Glen was almost a lone voice in an Australian wilderness of historical writers who refused to recognise that the country’s first international warlike expedition was to New Zealand. He has been joined lately by others, in particular Jeff Hopkins-Weise, and this book, updating and expanding an earlier work, should convince any remaining Australian sceptics of the value of studying this episode in our mutual history. The problem has been partly one of nomenclature. If the Waikato Regiments of militia had been named for their territorial origins they might have been known as the Victoria Regiments or the New South Wales Regiments, which would have attracted much more interest across the Tasman. As it is, how many New Zealanders, let alone Australians, know that upwards of 2400 Australian volunteers served in the four Waikato Military Settlers Regiments or other units, including other New Zealand Militia, the Colonial Defence Force, the Forest Rangers, the Volunteer Regiments, the Military Settler Regiments, the River Transport Service or the Imperial Commissariat Transport Corps? Dr Glen also discusses the fate of those who survived the fighting and then tried to settle on the land the New Zealand Government had promised them. They needed roads in difficult and often swampy country, seeds for planting, and all the infrastructure essential for agriculture, which a stingy government was most reluctant to provide. Many of them returned home disillusioned. The author has found, as have many researchers, that the early military archives kept in New Zealand are inadequate. Anyone who starts a book on this period of our history and comes out at the other end triumphant deserves applause. Dr Glen has seized on survivors among the documents to flesh out the more interesting anecdotes. For instance, the story of the Widow Ward, who fought the Government personally or through her descendants for 97 years for the full pension she believed she was entitled to after the death of her husband. Or the legendary Andrew George Scott, an Anglican lay preacher who fought in New Zealand, returned to Australia and was hanged in Sydney in 1880 as the notorious bushranger “Captain Midnite.” The book is well illustrated and could serve as an introduction for many New Zealanders to the causes and course of the conflicts in the Waikato and Taranaki. It is a must for the bookshelves of those who want to be taken seriously as students or even authorities on the New Zealand Land Wars.
ORDER NOW